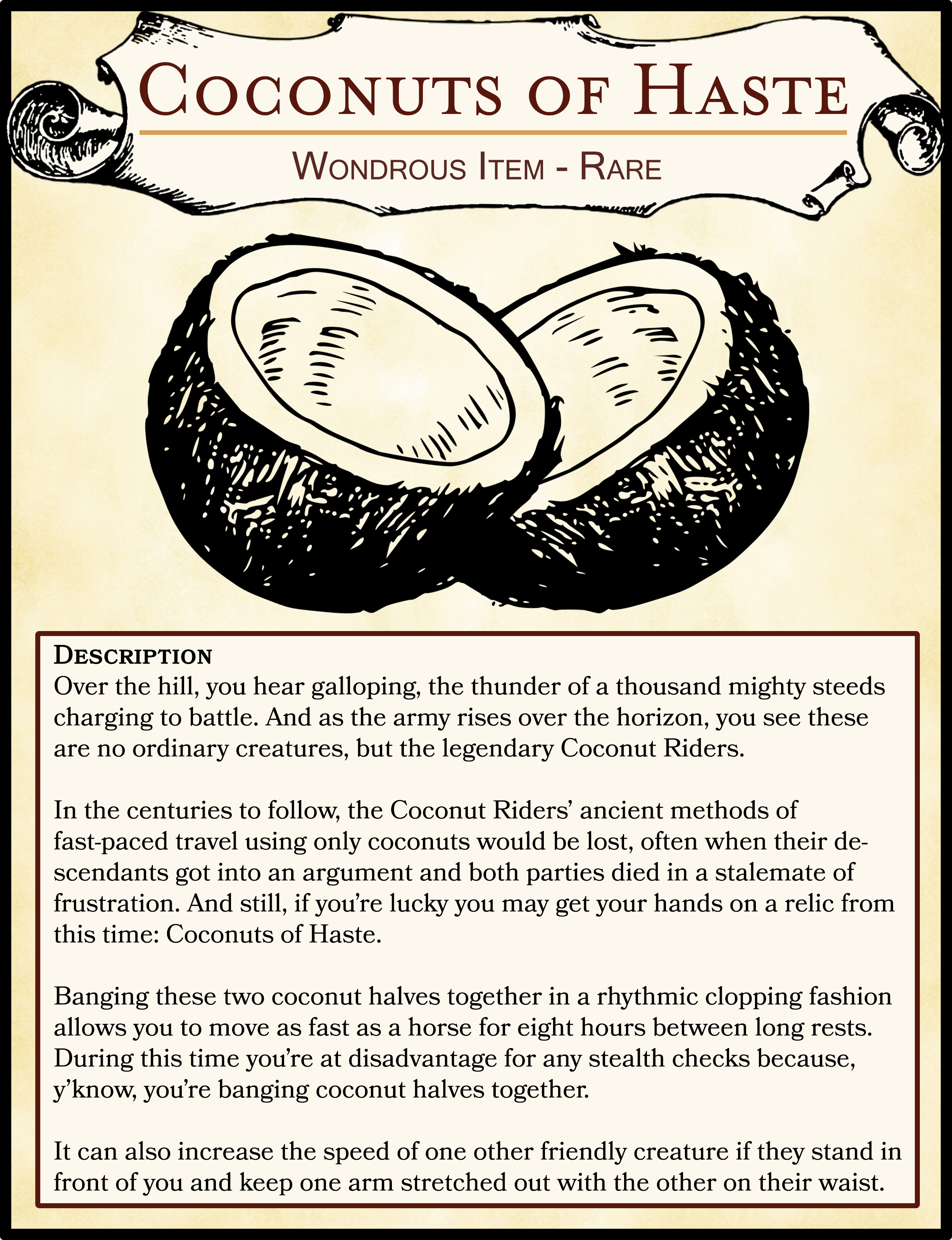 Over the hill, you hear galloping, the thunder of a thousand mighty steeds charging to battle. And as the army rises over the horizon, you see these are no ordinary creatures, but the legendary Coconut Riders.

In the centuries to follow, the Coconut Riders’ ancient methods of fast-paced travel using only coconuts would be lost, often when their descendants got into an argument and both parties died in a stalemate of frustration. And still, if you’re lucky you may get your hands on a relic from this time: Coconuts of Haste.

It can also increase the speed of one other friendly creature if they stand in front of you and keep one arm stretched out with the other on their waist.