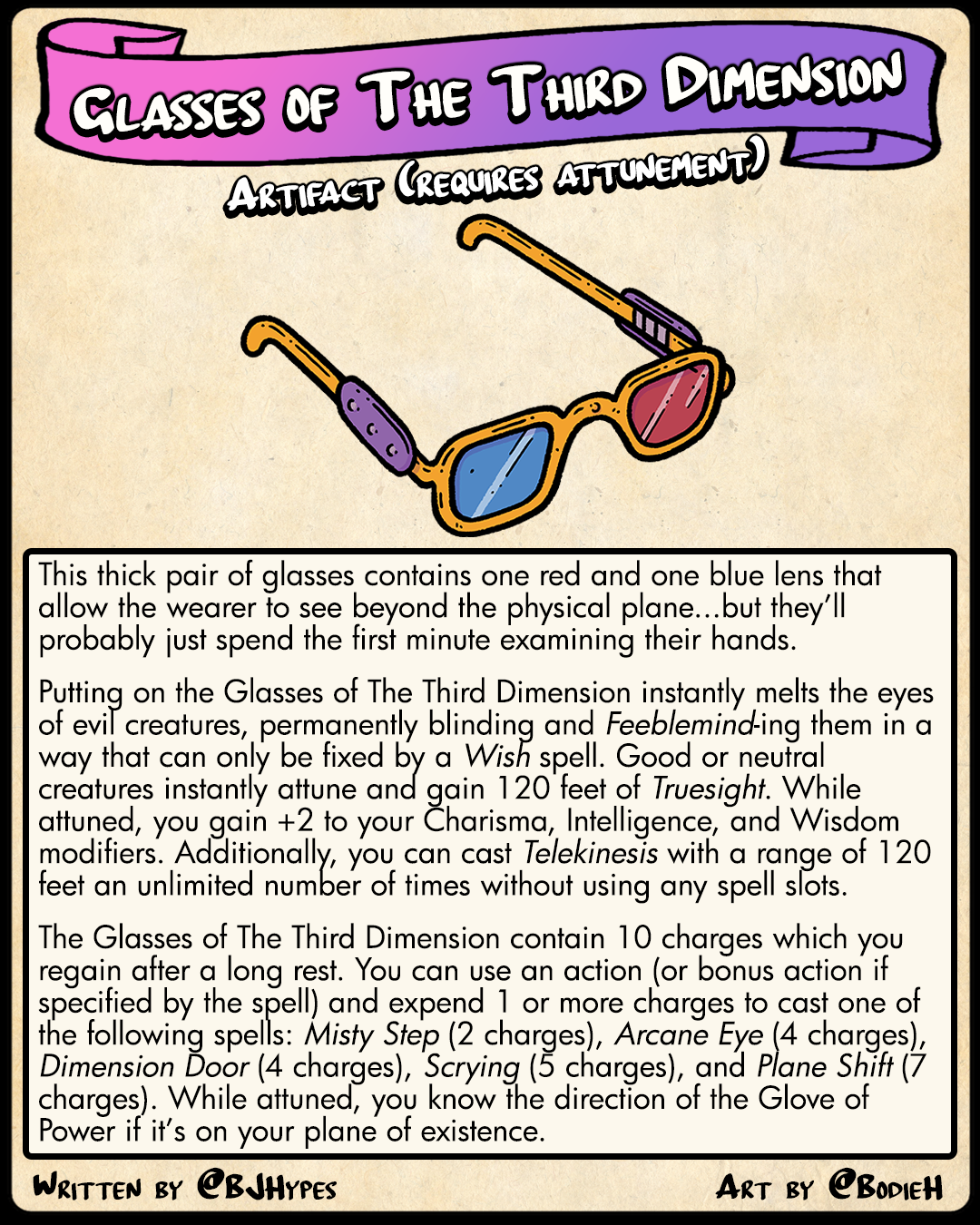 Glasses of The Third Dimension

This thick pair of glasses contains one red and one blue lens that allow the wearer to see beyond the physical plane…but they’ll probably just spend the first minute examining their hands.

Putting on the Glasses of The Third Dimension instantly melts the eyes of evil creatures, permanently blinding and Feeblemind-ing them in a way that can only be fixed by a Wish spell. Good or neutral creatures instantly attune and gain 120 feet of Truesight. While attuned, you gain +2 to your Charisma, Intelligence, and Wisdom modifiers. Additionally, you can cast Telekinesis with a range of 120 feet an unlimited number of times without using any spell slots.

The Glasses of The Third Dimension contain 10 charges which you regain after a long rest. You can use an action (or bonus action if specified by the spell) and expend 1 or more charges to cast one of the following spells: Misty Step (2 charges), Arcane Eye (4 charges), Dimension Door (4 charges), Scrying (5 charges), and Plane Shift (7 charges).

While attuned, you know the direction of the Glove of Power if it’s on your plane of existence. 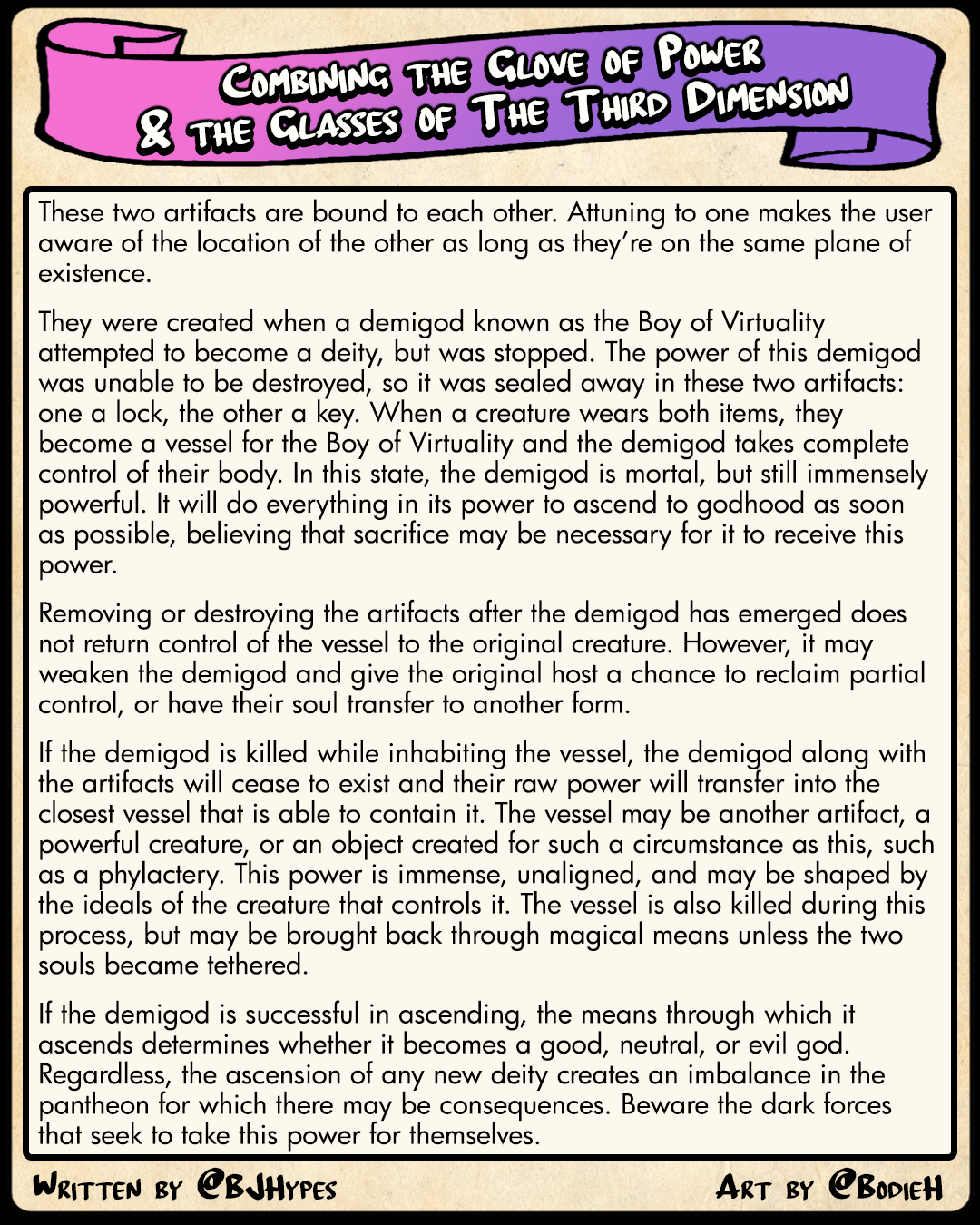 Combining the Glove of Power & Glasses of The Third Dimension

These two artifacts are bound to each other. Attuning to one makes the user aware of the location of the other as long as they’re on the same plane of existence.

They were created when a demigod known as the Boy of Virtuality attempted to become a deity, but was stopped. The power of this demigod was unable to be destroyed, so it was sealed away in these two artifacts: one a lock, the other a key. When a creature wears both items, they become a vessel for the Boy of Virtuality and the demigod takes complete control of their body. In this state, the demigod is mortal, but still immensely powerful. It will do everything in its power to ascend to godhood as soon as possible, believing that sacrifice may be necessary for it to receive this power.

Removing or destroying the artifacts after the demigod has emerged does not return control of the vessel to the original creature. However, it may weaken the demigod and give the original host a chance to reclaim partial control, or have their soul transfer to another form.

If the demigod is killed while inhabiting the vessel, the demigod along with the artifacts will cease to exist and their raw power will transfer into the closest vessel that is able to contain it. The vessel may be another artifact, a powerful creature, or an object created for such a circumstance as this, such as a phylactery. This power is immense, unaligned, and may be shaped by the ideals of the creature that controls it. The vessel is also killed during this process, but may be brought back through magical means unless the two souls became tethered.

If the demigod is successful in ascending, the means through which it ascends determines whether it becomes a good, neutral, or evil god. Regardless, the ascension of any new deity creates an imbalance in the pantheon for which there may be consequences. Beware the dark forces that seek to take this power for themselves.