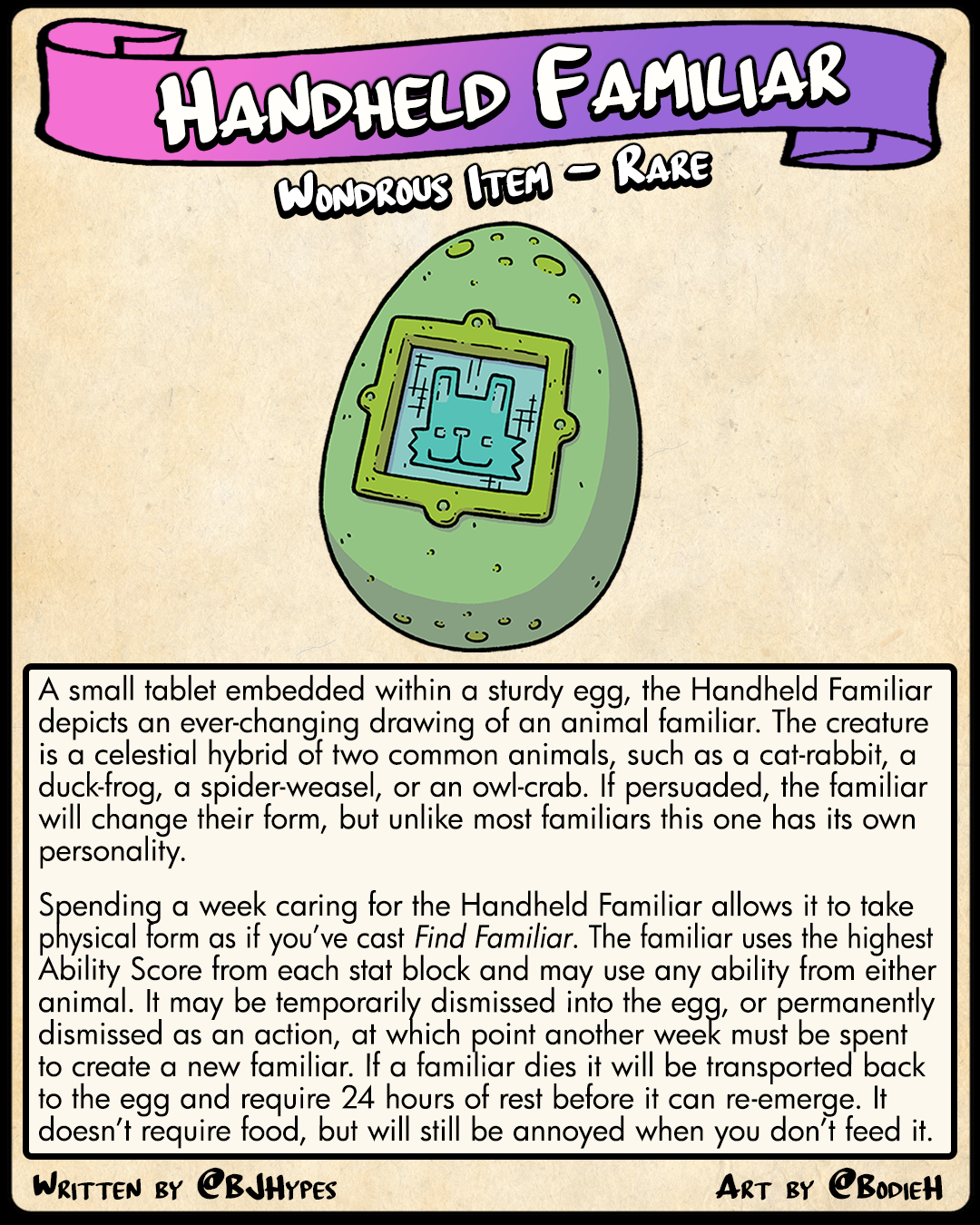 A small tablet embedded within a sturdy egg, the Handheld Familiar depicts an ever-changing drawing of an animal familiar. The creature is a celestial hybrid of two common animals, such as a cat-rabbit, a duck-frog, a spider-weasel, or an owl-crab. If persuaded, the familiar will change their form, but unlike most familiars this one has its own personality.

Spending a week caring for the Handheld Familiar allows it to take physical form as if you’ve cast Find Familiar. The familiar uses the highest Ability Score from each stat block and may use any ability from either animal. It may be temporarily dismissed into the egg, or permanently dismissed as an action, at which point another week must be spent to create a new familiar. If a familiar dies it will be transported back to the egg and require 24 hours of rest before it can re-emerge. It doesn’t require food, but will still be annoyed when you don’t feed it.