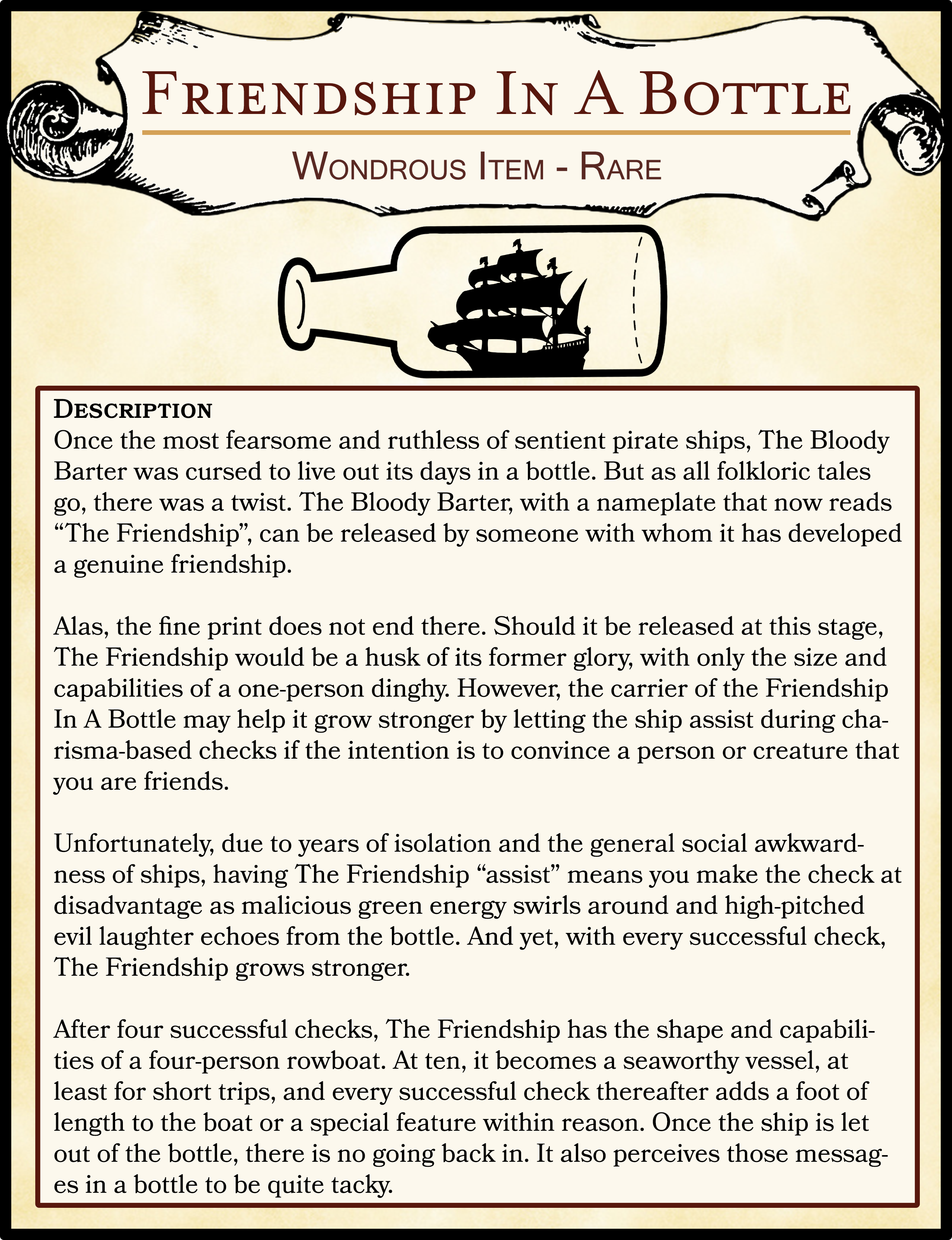 Friendship In A Bottle

Once the most fearsome and ruthless of sentient pirate ships, The Bloody Barter was cursed to live out its days in a bottle. But as all folkloric tales go, there was a twist. The Bloody Barter, with a nameplate that now reads “The Friendship”, can be released by someone with whom it has developed a genuine friendship.

Alas, the fine print does not end there. Should it be released at this stage, The Friendship would be a husk of its former glory, with only the size and capabilities of a one-person dinghy. However, the carrier of the Friendship In A Bottle may help it grow stronger by letting the ship assist during charisma-based checks if the intention is to convince a person or creature that you are friends.

Unfortunately, due to years of isolation and the general social awkwardness of ships, having The Friendship “assist” means you make the check at disadvantage as malicious green energy swirls around and high-pitched evil laughter echoes from the bottle. And yet, with every successful check, The Friendship grows stronger.

After four successful checks, The Friendship has the shape and capabilities of a four-person rowboat. At ten, it becomes a seaworthy vessel, at least for short trips, and every successful check thereafter adds a foot of length to the boat or a special feature within reason. Once the ship is let out of the bottle, there is no going back in. It also perceives those messages in a bottle to be quite tacky.