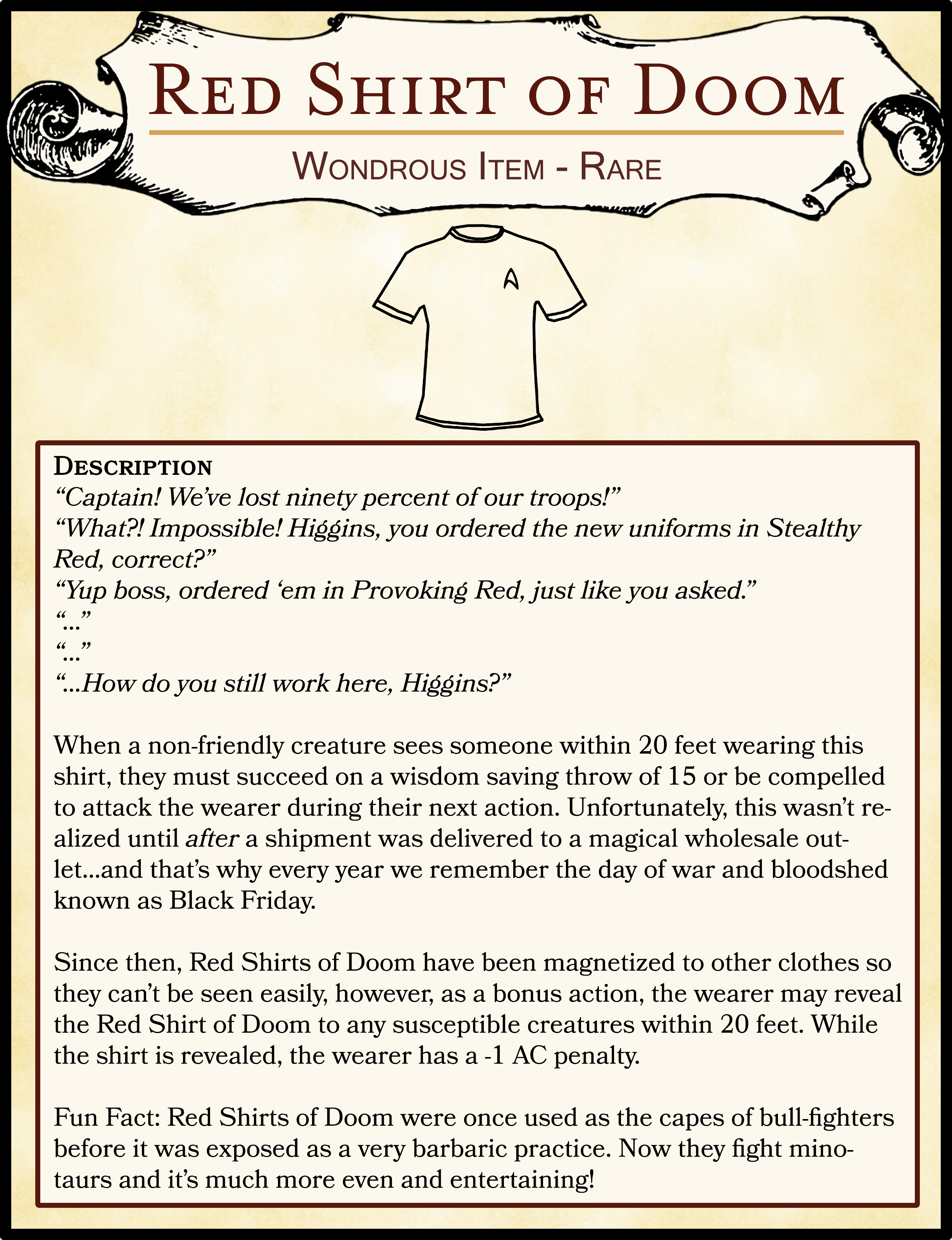 “What?! Impossible! Higgins, you ordered the new uniforms in Stealthy Red, correct?”

“…How do you still work here, Higgins?”

When a non-friendly creature sees someone within 20 feet wearing this shirt, they must succeed on a wisdom saving throw of 15 or be compelled to attack the wearer during their next action. Unfortunately, this wasn’t realized until after a shipment was delivered to a magical wholesale outlet…and that’s why every year we remember the day of war and bloodshed known as Black Friday.

Since then, Red Shirts of Doom have been magnetized to other clothes so they can’t be seen easily, however, as a bonus action, the wearer may reveal the Red Shirt of Doom to any susceptible creatures within 20 feet. While the shirt is revealed, the wearer has a -1 AC penalty.

Fun Fact: Red Shirts of Doom were once used as the capes of bull-fighters before it was exposed as a very barbaric practice. Now they fight minotaurs and it’s much more even and entertaining!