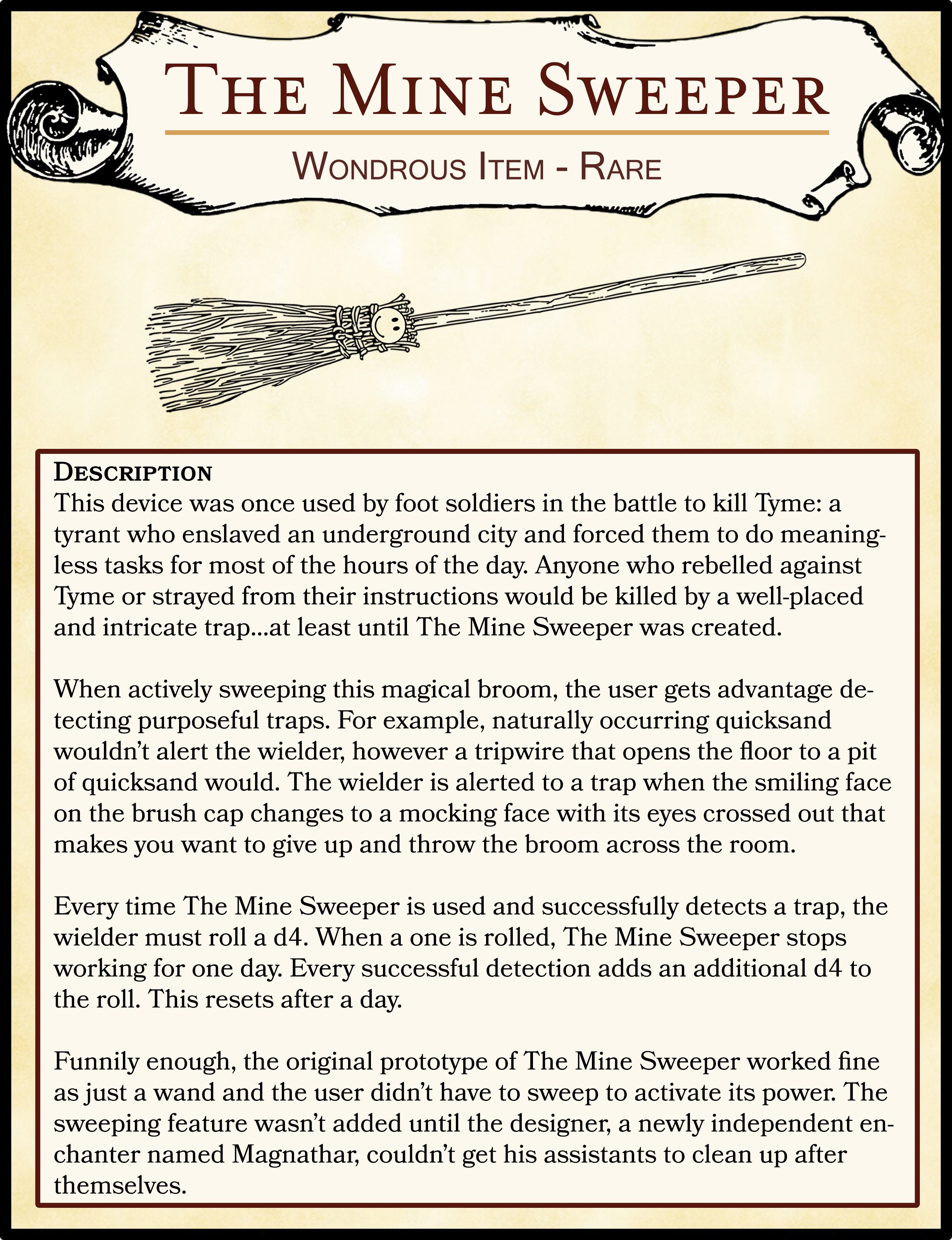 This device was once used by foot soldiers in the battle to kill Tyme: a tyrant who enslaved an underground city and forced them to do meaningless tasks for most of the hours of the day. Anyone who rebelled against Tyme or strayed from their instructions would be killed by a well-placed and intricate trap…at least until The Mine Sweeper was created.

When actively sweeping this magical broom, the user gets advantage detecting purposeful traps. For example, naturally occurring quicksand wouldn’t alert the wielder, however a tripwire that opens the floor to a pit of quicksand would. The wielder is alerted to a trap when the smiling face on the brush cap changes to a mocking face with its eyes crossed out that makes you want to give up and throw the broom across the room.

Every time The Mine Sweeper is used and successfully detects a trap, the wielder must roll a d4. When a one is rolled, The Mine Sweeper stops working for one day. Every successful detection adds an additional d4 to the roll. This resets after a day.

Funnily enough, the original prototype of The Mine Sweeper worked fine as just a wand and the user didn’t have to sweep to activate its power. The sweeping feature wasn’t added until the designer, a newly independent enchanter named Magnathar, couldn’t get his assistants to clean up after themselves.